Mark Costello was born and raised in San Diego and graduated San Diego State University with a Bachelor’s Degree in Physical Education/Athletic Training in 1983. He earned his degree in Physical Therapy from Northwestern University’s Medical School Program followed by his Master’s of Orthopedic Manual Therapy in 1993. Mark is also a Fellow of the American Academy of Orthopaedic Manual Physical Therapy, a prestigious internationally recognized title given to physical therapists that have demonstrated advanced clinical, analytical, hands-on skills and expertise in the treatment of musculoskeletal orthopedic disorders and the practice of manual physical therapy.

Mark’s experience ranges from working as an athletic trainer and sports physical therapist at the high school, college, professional and Olympic levels to teaching kinesiology and orthopedic physical therapy at Western University of Health Sciences in Pomona. His achievements include going back to school to become a Doctor of Physical Therapy, working for the NFL and volunteering in the Olympics ‘84 as an athletic trainer.

Mark’s interests include camping, hiking, travel and spending time with his family. 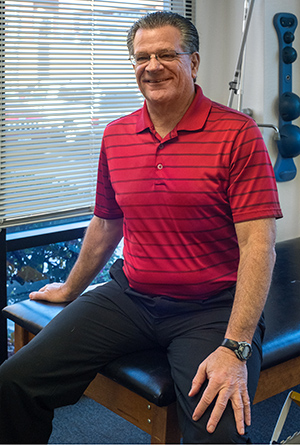 Jisel Saenz earned her degree in Physical Therapy in 2015 from Azusa Pacific University, CA. She became interested in physical therapy early on after tearing her ACL a few times while playing basketball. Jisel began her clinical experience at Cedars-Sinai Medical Center in Los Angeles as an inpatient physical therapist. There she collaborated with Doctors, Nurses and Occupational Therapists to treat patients in the Orthopedics, Oncology and Medical-Surgical floors. It was a very rewarding opportunity that not only gave her valuable experience but also affirmed her commitment and passion for quality and compassionate care. Jisel has continued to progress her career and skill set by obtaining a Specialty Certification in Vestibular Rehabilitation from the American Institute of Balance (AIB). In 2017, she moved back to the Bay Area and then to Key West, Florida with her husband, a Coastie in the Coast Guard. During this time Jisel had the opportunity to establish a Vestibular Rehabilitation Program where she evaluated and treated patients with diagnoses such as BPPV, labyrinthitis and Merniere’s Disease. In this role, she mentored students and served as a resource to other therapists. Being part of a Military family herself, she’s also devoted her skills to assisting fellow military in returning to work through rehabilitation so they could pass their physical tests and return to their prior level of function for work. Jisel is looking forward to utilizing her ability to speak both fluent English and Spanish to serve the San Diego community and provide the best care she possibly can.

Jisel’s experience, skills and devotion to excellence make her a valuable member of the respected physical therapy team at Mesa Physical Therapy. She is committed to providing patients with the personalized care and attention they need to facilitate healing and function, allowing them to return to enjoying the activities they love.

Jisel was born and raised in the Bay Area. She has also lived in different parts of SoCal and Florida before recently relocating with her lovely Coast Guard family to San Diego. She enjoys traveling, hiking, baking, going to the beach and most of all spending time with her husband and baby daughter. Jisel loves to watch sports, especially when her favorite Bay Area teams are playing.

Philip Jacobson is a Bachelor of Kinesiology and a Doctor of Physical Therapy. He earned his degree from Cal State Northridge, CA and has had experience in Out-patient Physical Therapy, In-patient, and Home Health PT. He was working at the All Care Rehab facility in North Hills, CA, and recently moved to North San Diego County with his wife and began working here in San Diego. Over the course of his career he has voluntarily pursued continued education in physical therapy beyond his required hours for his license renewal. He takes care of his own body with stretches, postural realignment exercises, plyometrics, and weight training for his own enjoyment and body health. 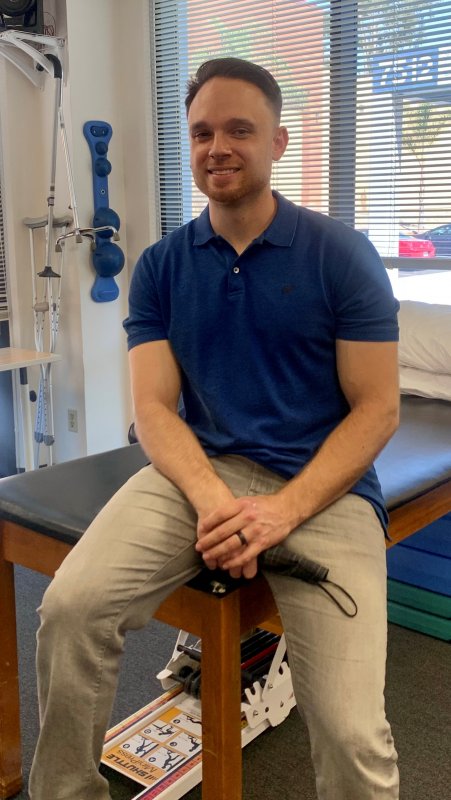 Rebecca, an orthopedic specialist and Certified Hand Therapist since 1994, has had the privilege of studying and working with many reputable institutions, hand therapists, and hand surgeons in San Diego county. She is also a certified classical pilates instructor, having owned and operated a classical studio for 17 years and trained apprentices for instructor certification. Rebecca particularly enjoys working with performing artists, such as dancers and musicians, to rehabilitate them and maximize their performance skills. 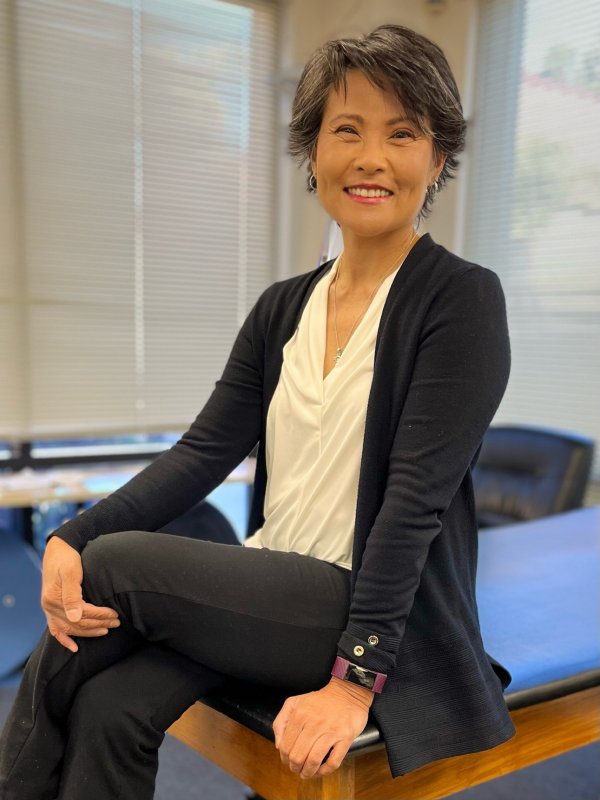 Experienced, kind, professional, and most important -- effective. MPT has helped me and my son recover from injuries that required surgery. When Mark told me that I was ready to "graduate" from my four plus months of physical therapy, I was a little bit sad. It was an amazing experience. My recovery was tough, but Mark knew how to help me not only physically but also psychologically. He motivated me to push through the pain, and he was right every step of the way. He has done the same with my son, who is soon ready to return to playing soccer after six plus months of physical therapy. We are so delighted with his recovery. Plus the office staff is great - always friendly and responsive, ready to help....especially Jaimie. Thank you!